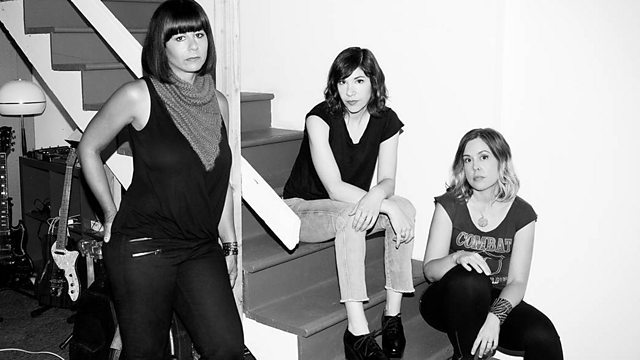 The Story of Sleater-Kinney

...Sleater-Kinney. The story of the punk rock trio, who formed in 1994 and released seven albums before going on hiatus in 2006, then reunited to release a new album.

Sleater-Kinney are acclaimed trio-Carrie Brownstein, vocalist/guitarist Corin Tucker, and drummer Janet Weiss who formed in Olympia, WA in 1994 setting a new bar for punk's political insight and emotional impact. The band released seven albums culminating in The Woods in 2006 which saw the band hailed as America's best rock band by Time Magazine. But in the same year decided to go on indefinite hiatus.

A decade on the band are revered as true innovators, America's last truly great punk band, a band who never really got the success they deserved at the time.

Carrie and Corrin tell the story of Sleater-Kinney, from their early days of the '90s Pacific Northwest Riot grrrl scene where their distinctive sound was born, to stadium gigs supporting Pearl Jam, their decision to stop in 2006 to pursue other outlets, and their hotly anticipated return with their first new album for ten years.

With contributions from their long time producer John Goodmanson, Dave Fridmann and The Cribs. The Story of Sleater-Kinney is about a band who dared to rip up the rule book and stay true to their art and politics without compromise, a band who haven't been replicated or replaced, a band who inspired a generation.

See all episodes from 6 Music Festival