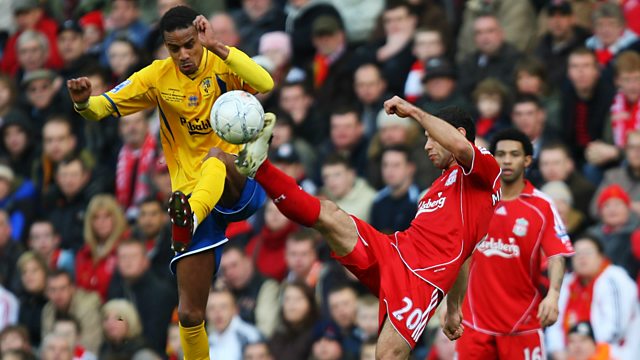 BBC Sport takes a look back at some of the most memorable ties from the fourth round of the FA Cup, including two famous cup upsets from the 80s.

The FA Cup fourth round has delivered a host of thrilling ties - BBC Sport takes a look back at some of the most memorable in this one-hour special.

Despite beating Swansea in the third round, non-league Havant & Waterlooville were given no chance of claiming victory at Liverpool in the fourth. However, they led twice in the first half of their 2008 tie at Anfield - eventually losing 5-2 in a breathless encounter.

The clock will also be wound back to the 1980s, with the spotlight on two famous cup upsets from that decade - York City's 1-0 win over Arsenal and Port Vale's 2-1 victory against Tottenham.

See all episodes from The FA Cup