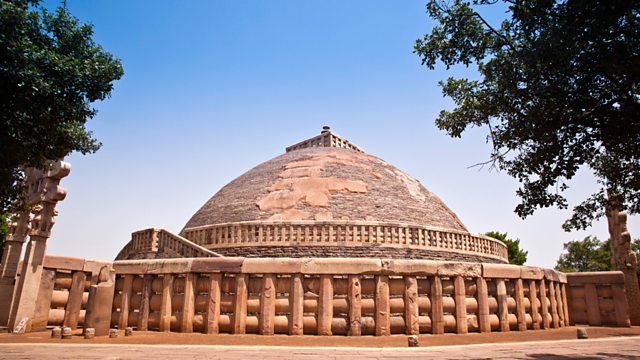 Melvyn Bragg and his guests discuss the emperor Ashoka the Great, one of the most celebrated rulers in Indian history.

Melvyn Bragg and his guests discuss the Indian Emperor Ashoka. Active in the 3rd century BC, Ashoka conquered almost all of the landmass covered by modern-day India, creating the largest empire South Asia had ever known. After his campaign of conquest he converted to Buddhism, and spread the religion throughout his domain. His edicts were inscribed on the sides of an extraordinary collection of stone pillars spread far and wide across his empire, many of which survive today. Our knowledge of ancient India and its chronology, and how this aligns with the history of Europe, is largely dependent on this important set of inscriptions, which were deciphered only in the nineteenth century.

N. A. Nikam and Richard McKeown (eds.), The Edicts of Asoka (University of Chicago Press, 1959)

John S. Strong, The Legend of King Asoka: A Study and Translation of the Asokavadana (Princeton University Press, 1983).