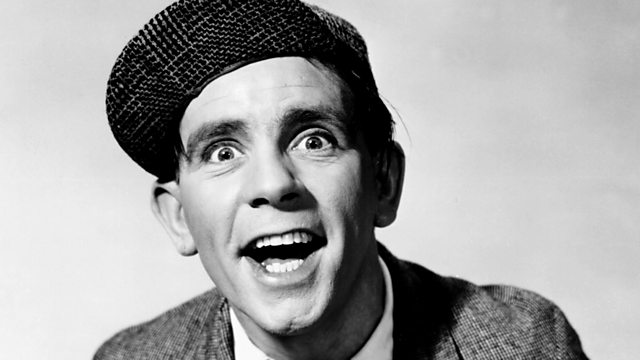 Zack McGuinness is a student at Kings College, London where Aaron Rosen lectures in sacred traditions and the arts. Aaron devised the Jewish Museum London's new exhibition called Love which features everyday objects, historic artefacts and works of art inspired by love. For the exhibition Zack donated a tin containing the caul which was wrapped around his neck when he was born while Aaron gave a print in memory of his late sister. Your Jewish Museum: Love is at The Jewish Museum London.

Bonnie Langford is a television, film and theatre actor. She stars alongside Robert Lindsay in the West End Musical Dirty Rotten Scoundrels. As a six-year-old she won TV talent show Opportunity Knocks and made her theatre debut at seven in an adaptation of Gone with the Wind. By the age of 12 she was playing Violet Elizabeth Bott in the TV series Just William. She has appeared in a number of productions including Spamalot, Chicago and Sweet Charity. Dirty Rotten Scoundrels is at the Savoy Theatre, London.

Nick Wisdom is the son of legendary actor, singer and comedian, Sir Norman Wisdom OBE. Nick has created an exhibition about his father, A Lifetime in Showbusiness, featuring handwritten scripts, musical instruments and the Gump suit that became synonymous with his father's comedic onscreen persona, Norman Pitkin. A Lifetime in Showbusiness: A Tribute to Sir Norman Wisdom is at De Montfort Hall, Leicester and is part of Dave's Leicester Comedy Festival.

Tom Vaughan is a British businessman and entrepreneur. His first novel, The Other Side of Loss, has just been published. Tom co-founded Juliana's Discotheque with his brother Oliver in 1966. Juliana's started out as a mobile disco and provided the entertainment for debutante balls, country house parties and the Prince of Wales's investiture ball. The Other Side of Loss is published by Pencoyd Press.