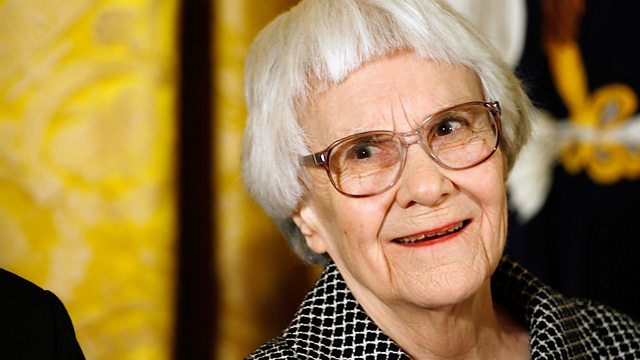 Samira Ahmed with Diane Roberts on Harper Lee's new novel, William Nicholson on his latest book, Australian film The Turning reviewed, artist Marlene Dumas on her show at the Tate.

Samira Ahmed talks to Professor Diane Roberts about the news that 'To Kill A Mockingbird' author Harper Lee is to publish a second novel.

William Nicholson wrote 'Shadowlands', the screenplay for 'Gladiator' and the acclaimed children's book 'The Wind Singer'. His latest novel for adults, 'The Lovers of Amherst', tells the story of the brother of the great American poet Emily Dickinson and his passionate adulterous love affair with a beautiful woman half his age.

Australian writer Tim Winton's book The Turning, a series of stories set in a coastal community, has now been turned into a film in which each story has been interpreted by a different director. Australian novelist Helen Fitzgerald reviews the film whose cast includes Cate Blanchett and Hugo Weaving.

Harper Lee’s Mockingbird 'sequel', Go Set a Watchman, will be published this summer.

The Lovers of Amherst by William Nicholson in available in hardback and eBook from 5 February.

The Turning is in cinemas nationwide from 6 February, certificate 15

Marlene Dumas: The Image as Burden

Marlene Dumas: The Image as Burden is on at the Tate Modern in London from 5 February – 10 May 2015