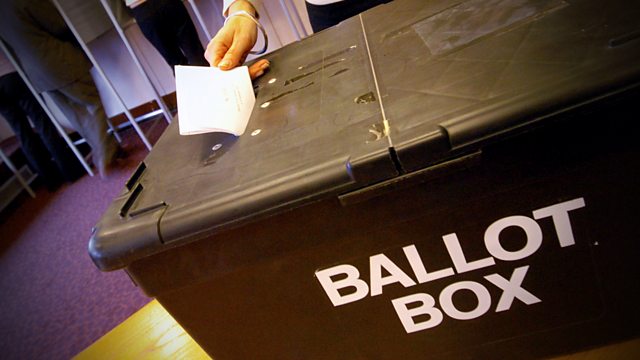 What do women think about the general election?

Three months before the UK goes to the polls, what are women voters thinking? Jane Garvey discusses how women voters could decide the election.

Woman's Hour reveals the findings of new research it has commissioned into what women make of British politics and their lives. We hear about the issues women care about, how they're feeling as the election approaches - and, what the differences are between men and women. We discuss what it might mean for the political parties who are after women's votes.

- Polling suggests women are much less certain they'll vote than men - only 55% say they're certain to vote vs. 65% of men.

- 48% of women polled say none of the named GB party leaders understands what life is like for them and their family.

- Top five issues of concern for women polled: NHS; Cost of living; Cost of caring for family; immigration; and, education.

- Future women leaders? Of those polled 44% think Theresa May would make a good leader; 38% think Yvette Cooper would.

- 60% of women in social group C2DE say they're worried about the future.

Summary of the results of polling carried out for Woman’s Hour by TNS-BMRB:

Women are significantly less certain than men on whether they will vote. 65% of men say they will definitely vote, compared to 55% of women. And almost 1 in 4 women aged 18-34 (24%) are unlikely to vote in the election.

Around six in ten men and women know definitely which party they will vote for. And, nearly 4 in 10 men and women may change their mind on who they plan to vote for.

Just under a third (30%) claim they ‘don’t know’ if Theresa May would perform well, with significantly more (40%) unsure of how well Yvette Cooper would perform.

Worries about the future

Significantly more women than men are concerned about the NHS and the cost of caring for their family. Education is also a greater concern for women than it is for men. On the other hand, whilst the NHS and the cost of living are also top concerns for men, men (31%) are significantly more concerned about the economy than women (21%).

TNS Phonebus interviewed a representative sample of 975 adults in Great Britain between 23rd and 26th January 2015. All interviews were conducted via telephone. The data is weighted to match population totals for age, sex, social grade, working status, presence of children and region.