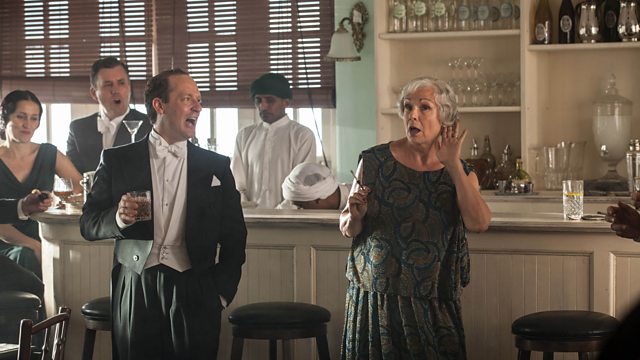 Presented by Anne McElvoy. With a discussion about the future of Greece, director Daniel Evans on the career of playwright Sarah Kane and review of the TV drama Indian Summers.

Anne McElvoy assesses reports that members of the new Greek government are rediscovering age-old links between Greece and Russia. As SYRIZA seeks to renegotiate the terms of the Greek national debt to the European Central Bank, could Ministers look beyond the borders of the EU for support? With Roderic Lyne, former British ambassador to Moscow; Mary Dejevsky, leader writer for The Independent and veteran Kremlin watcher; Professor Vassilis Fouskas, economic historian at the University of East London; and Spyros Economides is Associate Professor of International Relations and European Politics at the London School of Economics.

Plus as Sheffield Theatres begin a season looking back at the work of Sarah Kane, Director Daniel Evans discusses her writing with Anne McElvoy; also a review of Indian Summers - Channel 4's new costume drama about the end of colonial rule.