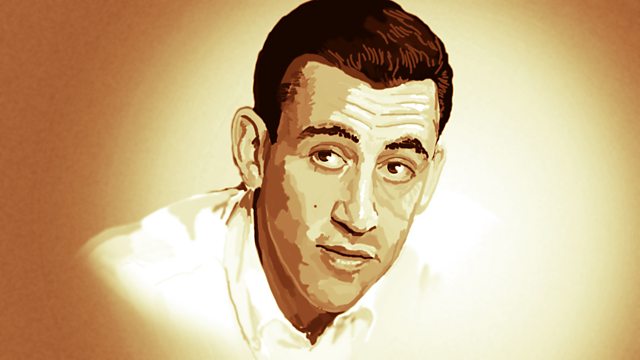 When the late American author JD Salinger ceased publishing and withdrew from the public gaze, he left many with a fractured understanding of the man behind the writing.

His books, including Franny and Zooey and Nine Stories, supported the belief that Salinger flew from one religious conviction to another. However, recently released letters reveal a deep and enduring relationship with both Hindu philosophy and a New York based monk.

There's always been a certain mystique to the iconic Salinger. While The Catcher in the Rye has sold over 65 million copies, the author lived much of his life as a recluse. But, even while out of the spotlight, Salinger continued to write letters. He was a keen correspondent with friends and family - including the spiritual leader of the Ramakrishna-Vivekananda Center of New York, Swami Nikhilananda.

In this programme, Vishva Samani investigates what the letters might tell us about Salinger's relationship with Hindu philosophy and, in turn, his literature.
Today, the hidden and pervasive influence of Vedanta and Indian philosophy is interwoven into all our daily lives. We talk of karma, practice yoga, and every politician has a 'mantra'. However in the 1950's and 1960s, few outside of India Salinger had heard these terms.

As a journalist and Hindu centred in Vedanta, Vishva Samani seeks to clarify whether Salinger just dabbled or if his faith went deeper. She reveals how Vedanta left India to reach not just the Western World, but other brilliant minds including William James, Leo Tolstoy, Nikola Tesla, Aldous Huxley and, of course, Salinger.

Producer: Russell Crewe
A Like It Is Media production for BBC Radio 4