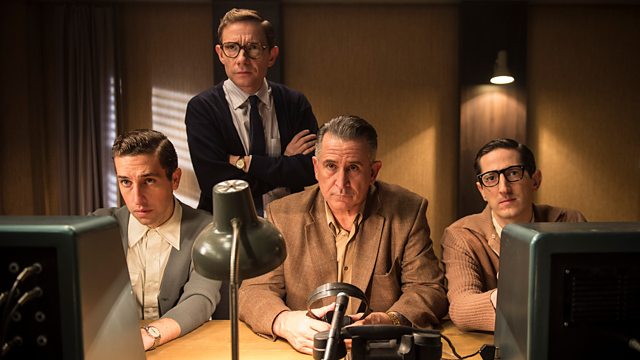 Drama recounting the efforts of a groundbreaking producer and a blacklisted director to televise the trial of notorious Nazi Adolf Eichmann, accused of executing the Holocaust.

The behind-the-scenes true life story of groundbreaking producer Milton Fruchtman and blacklisted TV director Leo Hurwitz, who, overcoming enormous obstacles, set out to capture the testimony of one of the war's most notorious Nazis, Adolf Eichmann. He is accused of executing the 'final solution' and organising the murder of six million Jews. This is the extraordinary story of how Eichmann's trial came to be televised and the team that made it happen.

Filmed at the trial in Jerusalem in 1961, the production became the world's first ever global TV documentary series, where, for the first time, the horror of the camps was heard directly from the mouths of its victims. It was edited daily and broadcast in Germany, America, Israel and 34 other countries. People fainted when they saw it on TV. Never before had there been such drama in the use of cameras, their positioning or the revolutionary effect of operators being able to adjust frame and position to match subject and content.

See all clips from The Eichmann Show (5) 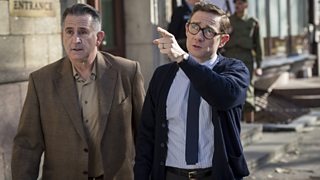 Find out more about the characters featured in The Eichmann Show.

Why did ordinary people commit atrocities in the Holocaust? 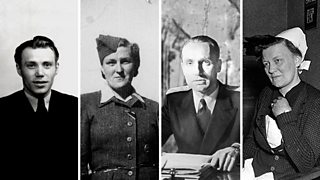 Explore this question and others with our BBC iWonder guides.