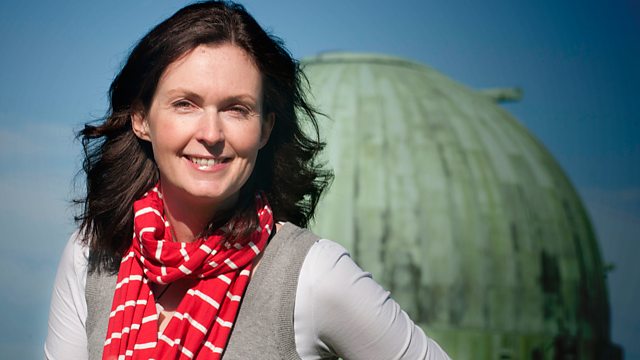 The Sound of Space

Astronomer Dr Lucie Green takes an audio tour of the universe, revealing a host of hidden noises, from the crackle of lightning on Jupiter to the winds of Titan.

The previously silent world of outer space is changing. In this audio tour around the Universe, Dr Lucie Green explores the sounds of space.

Some sounds have been recorded by microphones on-board interplanetary spacecraft. Others have been detected by telescopes and sped up until their frequency is tuned to our ears. The rest are sonified X-rays, space plasma or radio waves that reveal tantalising secrets about the universe that our eyes cannot see.

Everyone can recall the sound of the singing comet - a symphony created using measurements from the Rosetta mission. But many other sounds have been created from space data, from lightning on Jupiter to vibrations inside the Sun. From spinning pulsars to black holes and gamma ray bursts, outside our Solar System space becomes even stranger.

See all clips from The Sound of Space (2)