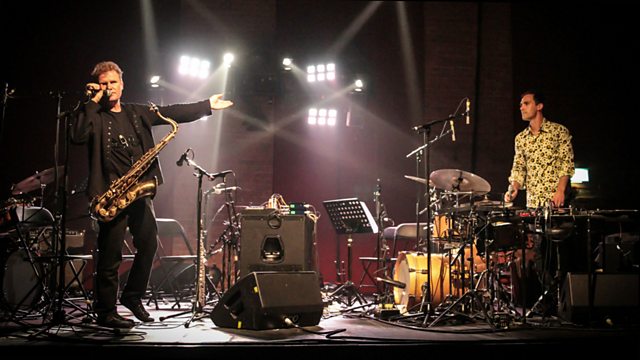 Jez Nelson presents a concert given by Food - featuring saxophonist Iain Ballamy and drummer Thomas Stronen - at London's Village Underground as part of the 2014 Emulsion Festival.

In a partnership spanning 16 years, Food have developed a sound that marries acoustic and electronic approaches with detail and lyricism. Using saxophone, bells, blocks and gongs the pair conjure shifting improvisations that move from ethereal minimalism to turbulent rhythmic climaxes with propulsive drums and live sampling adding additional layers. Their music has drawn a following from both the jazz and folk worlds - a reputation cemented in recent years by two brilliant records for the ECM label.

Here in concert at London's Village Underground, Ballamy and Strønen explore their unique sound in a flowing, non-stop set.

Enlightenment (In the Spirit of A Love Supreme by John Coltrane)

See all clips from Food at the 2014 Emulsion Festival (3)