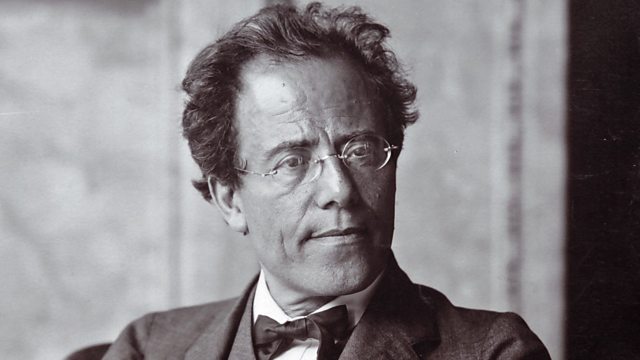 Stephen Johnson connects Mahler's beliefs about death to Viennese funeral customs and particularly the idea of 'beautiful death', which was pervasive in Vienna.

Vienna is a city that celebrates death like no other culture. Death is a friend that stays with us from birth until death. Only in Vienna is there an idea of 'beautiful death'.

Stephen Johnson connects Mahler's beliefs about death to contemporaneous Viennese funeral customs, and particularly the idea of 'schöner Tod' - a 'beautiful death'. He visits both the grand and intriguing Central Cemetery in Vienna, which is the largest necropolis in Europe, and also the more intimate cemetery in Grinzing where Mahler is buried.

Stephen talks to Professor Julian Johnson about Mahler's fear of death and the many guises in which death appears in his music, and he relates what we know of Mahler's attitude to death to evidence from Dr Wittigo Keller, an expert on Viennese funeral customs, and Dr Isabella Ackerl, the author of a book on Vienna and the idea of beautiful death. Mahler was terrified of being buried alive and Stephen finds out just how often this actually happened in Mahler's Vienna from Dr Eduard Winter at the Narrenturm, which is now the pathological wing of Vienna's Natural History Museum.

Viennese folk music was also permeated with tales of death and Stephen visit Agnes Palmisano, a renowned singer of Wienerlied, at her heuriger in Grinzing to discuss the influence that these songs may have had on Mahler's death music. Freudian psychoanalyst Dr Jeanne Wolff Bernstein sheds light of what Freud may have meant in his theory of the death instinct and Stephen connects these beliefs to Mahler's 'Das Lied von der Erde'.

Mahler's unfinished 10th Symphony bookends the programme, and there are also clips from the Funeral March of his 5th Symphony, his 4th and 9th Symphonies, Kindertotenlieder (the songs on the death of children) and Das Lied von der Erde. Special location recordings of Agnes Palmisano with Walter Stoyka and friends in their heuriger, and from Die Strottern in their garden, clarify the influence of Viennese folk music on Mahler's own death music.