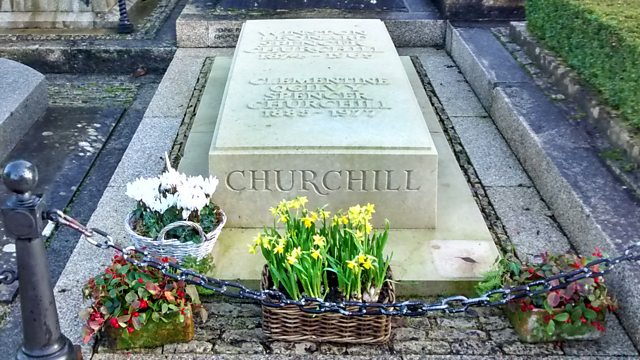 To mark the fiftieth anniversary of Winston Churchill's death, William Crawley travels to the wartime leader's final resting place in the Oxfordshire village of Bladon.

Tucked discreetly around the side of the small parish church of St Martin's, Churchill's understated grave contrasts utterly with the pomp and ceremony of the State Funeral at St Paul's Cathedral and procession through the capital held in his honour on the 30th of January 1965, six days after he'd died at the age of ninety.

Following the same journey taken by Churchill's coffin from London to this small village six miles north west of Oxford, William meets members of St Martin's Parish, Bladon residents, and the visitors who continue to make their own 'pilgrimage' to the graveside to pay their respects.

Along the way, he asks why Churchill chose Bladon, what impact this decision has had on the village, and explores the nature of commemoration as we mark 50 years since the passing of the Prime Minister still considered by many to be our greatest Briton.