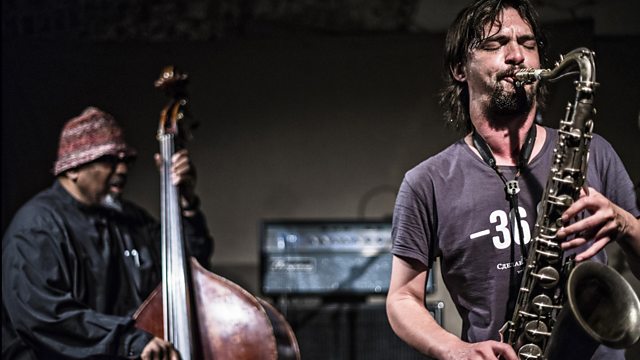 American improvising heavyweights John Dikeman (saxophone), William Parker (bass) and Hamid Drake (drums) perform at London's Cafe Oto as part of their first ever tour together as a trio.

Leaving a mark on music scenes from Wyoming to New York City, Cairo to his current home in Amsterdam, tenor player John Dikeman has become one of the names to watch in the world of improvised music. Given free reign by Doek Festival in the Netherlands to form a new group of his choosing, Dikeman took the opportunity to begin a relationship with two players who had inspired him right from the first notes of his own adventures - William Parker and Hamid Drake. Their list of credits reads like a scroll of the great and good of the avant-jazz world, including Don Cherry, Pharaoh Sanders, Peter Brötzmann, Cecil Taylor and Archie Shepp.

Dikeman notes of his new bandmates, "The depth of their sound and strength of their groove, whether in time or free, lifted every group they played in. William and Hamid have played so much together, it's hard to think of a better rhythm section in any genre, anywhere."