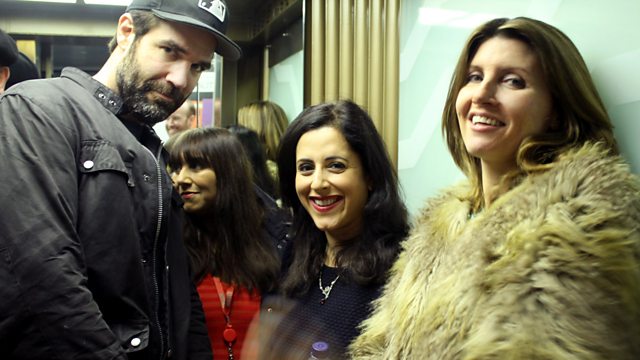 Ross Kemp talks to Clive about his new series of 'Extreme World'; TV and Radio journalist Anita Anand tells the story of Sophia Duleep Singh, Queen Victoria's god-daughter, suffragette and revolutionary; Sharon Horgan (award-winning actress and star/co-writer of 'Pulling') and US comedian and best-selling author Rob Delaney discuss their brand new comedy series following an Irish woman and an American man who make a bloody mess as they struggle to fall in love in London. And co-host Emma Freud talks to Paul Whitehouse about his new TV sitcom. With music from Ephemerals and more music from Tenterhook

‘Nurse’ is on BBC Two in March.

‘Nothin Is Easy’ is available now on Jalapeno Records.

Ephemerals are playing at The Social, London on Monday 9th February.

Tenterhook is playing at The Waiting Room, London on Saturday 10th February.