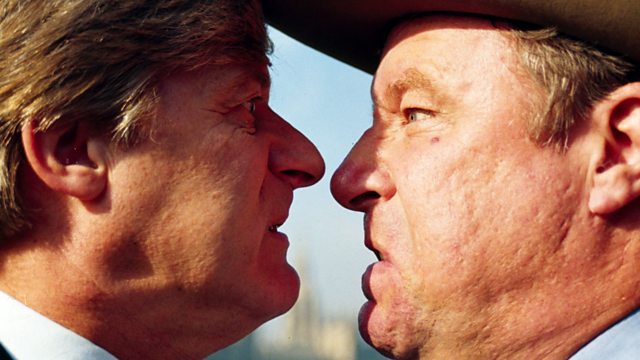 What could divide two close friends, the aristocratic Foxwell Cravate and American tycoon Max Pomeroy so far apart that their rivalry has come to threaten the human race?

There's only one way to find out - with flashbacks.

Ian Hislop and Nick Newman's epic tale of bitter rivals whose destinies are tragically intertwined. Set in Durban at the Transworld Oil Conference - aping the style of the best TV mini-series of the 90s.

With Toby Longworth and Mandy Knight

See all episodes from Gush