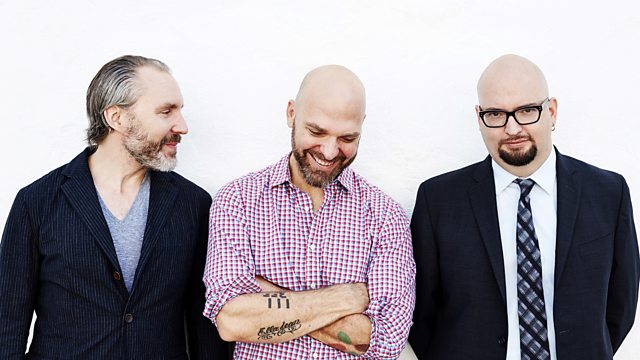 Cult US trio The Bad Plus perform at the 2014 EFG London Jazz Festival.

Throughout their career The Bad Plus have traversed ground from Stravinsky to David Bowie, Queen to jazz standards - but whether joyously reimagining pop classics or outing their own compositions, the band's iconoclastic sound has always remained a product of its three distinct players: pianist Ethan Iverson, bassist Reid Anderson and drummer Dave King. For many fans their famed cover versions acted as the gateway, but here performing to a sold-out room at East London's cavernous Village Underground club, The Bad Plus focus almost entirely on originals from their latest album Inevitable Western. Be it twisting rhythmic workouts, anthemic piano hammering or freewheeling improvisation, it's a performance delivered with a telepathic conviction born of many years on stage together.