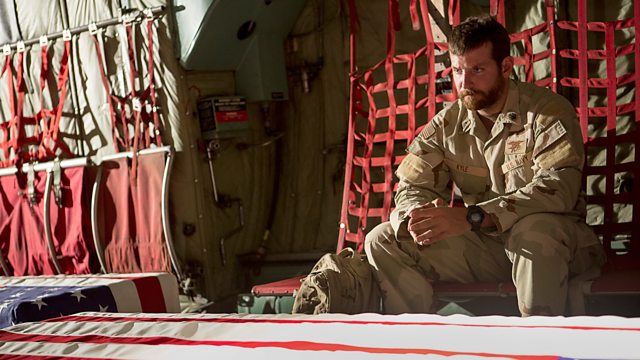 Bradley Cooper on American Sniper, 100 years of abstract art in Adventures of the Black Square, novelist Paula Hawkins and the history of images of the Prophet Muhammad in art.

Iwona Blazwick, curator of a new exhibition Adventures of the Black Square, explains how abstraction has reflected politics and society across the globe from Malevich's painting of a single black square in 1915 to the present.

Novelist Paula Hawkins discusses her new thriller The Girl on the Train, about a commuter who puts herself in danger when she gets involved in something she sees out of the window of the carriage.

With the controversy surrounding the cover of this week's French satirical magazine Charlie Hebdo, Dr Sussan Babaie from the Courtauld Institute of Art considers the history of images of the Prophet Muhammad in the tradition of Islamic art.

The Girl on the Train is out January 15, published by Doubleday

Adventures of the Black Square

The Prophet Muhammad in Art