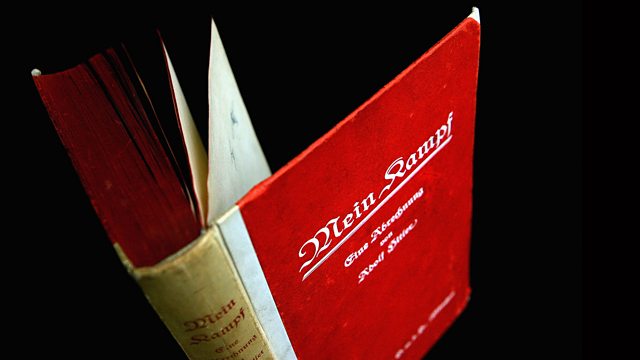 Chris Bowlby examines the bizarre life of one of the world's most notorious books, Hitler's Mein Kampf, both in Germany and beyond.

Everyone's heard of it. Few may have read it, or have any idea of its remarkable publishing history. For all its bizarre style and bombast, Mein Kampf was Hitler's broadest statement of his aims and beliefs. Had the world understood its meaning, it's been claimed, the Nazi catastrophe might have been averted.

It's a book that made Hitler rich and its ability to make money after his death has continued to pose sensitive problems. For the last 70 years the Bavarian authorities have effectively banned its republication in German through their control of the copyright. But this year, 2015, Mein Kampf's copyright expires. So what happens next?

Chris Bowlby has been investigating Mein Kampf's strange history and future, both in Germany and beyond. He hears of its strange popularity in India and the intriguing story of its translation into English.