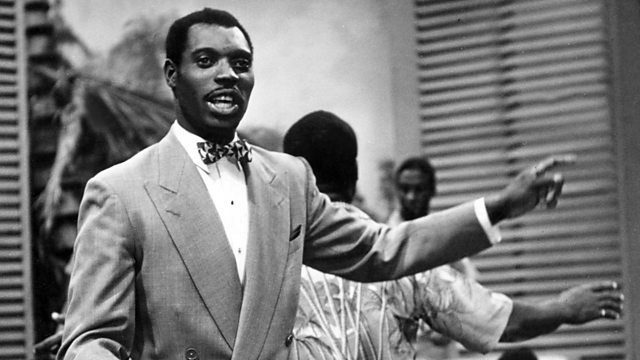 In 1948, newsreel captured Calypso star Lord Kitchener on the Empire Windrush singing London Is the Place for Me. Now, 15 years after his death, Anthony Joseph celebrates his life.

June 1948. The Empire Windrush docks at Tilbury carrying 492 West Indian "citizens of the British Empire". Newsreel footage captures forever the suited new arrivals waiting to alight. As the reporter introduces one young man as "their spokesman", a gently smiling Aldwyn Roberts sings a Calypso he wrote on the the voyage, 'London is the place for me, London, this lovely city...'

Aldwyn Roberts was 26 years old and already well known in Trinidad as Calypso star Lord Kitchener. He lived in England for almost 15 years, married a girl in Manchester, was celebrated by glamorous upper class English society and became the voice of a generation of Caribbean immigrants far from home.

Poet and musician Anthony Joseph also left Trinidad for London in his twenties and has always felt a powerful connection to Kitch. He spoke to him just once, when he saw Kitch standing alone for a moment at Carnival in Trinidad. Now, fifteen years after Kitchener's death Anthony Joseph tries to get to the heart of the man behind the famous footage.