BBC Four
Meat Loaf: In and out of Hell
Main content 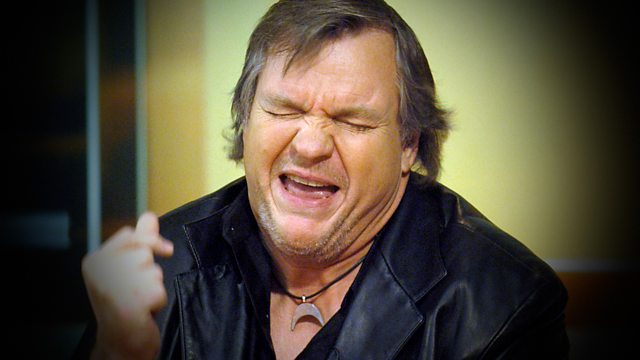 Meat Loaf: In and out of Hell

Meat Loaf, the story of the man and his music, is revealed in this profile. Featuring a candid interview with the man himself, plus performance and backstage footage in Las Vegas.

Since the release of the Bat Out of Hell album, Meat Loaf has possessed the kind of international status that few artists obtain. His larger-than-life persona and performances are fuelled by a passion for theatre and storytelling. This candid profile reveals the man and his music through his own testimony and from the accounts of those closest to him.

Meat Loaf's life story is one of epic proportions - he survived a childhood of domestic violence only to face years of record company rejection before eventually finding global fame. Along the way he experienced bankruptcy, health scares, bust-ups and one of the greatest comebacks of all time. All this and more is explored in the film, which features behind-the-scenes footage of his Las Vegas residency, plus plans for a new album featuring songs by Jim Steinman.

The film also revisits the Dallas of Meat Loaf's early years and includes insights from his high school friends, who reveal how Meat really got his famous moniker.

After his mother died, Meat Loaf fled Texas for the bright lights of LA. He sang in itinerant rock bands, but no-one would give him a recording contract. By 1969 he was broke and disillusioned. His break would take the form of a musical. He was offered a part in Hair, having been invited to audition whilst working as a parking attendant outside the theatre. Shortly afterwards he met Jim Steinman and the road to success really began. Yet the Hair gig was the beginning of an enduring love affair with theatre that is reflected in his singing persona today.

His first album, the now legendary Bat Out of Hell, was initially rejected by scores of record companies, yet went on to spend a staggering 485 weeks in the UK charts. The whole album is a masterwork of storytelling that Meat Loaf and Steinman worked on for four years and then battled to get heard. Meat Loaf and those who worked on the album - from Todd Rundgren to Ellen Foley - reflect on the songs, and celebrate the alchemy that resulted in such a blistering back catalogue.

When Bat Out Of Hell II was finally released 15 years after the first album, it defied industry expectations, with I'd Do Anything for Love reaching number one in 28 countries. It is considered one of the greatest comebacks in music history. More albums and hits were to follow across the '90s and '00s, alongside a varied and successful acting career. Mark Kermode examines some of the roles Meat Loaf made his own, in films as diverse as The Rocky Horror Picture Show and Fight Club.

Having traversed the peaks and troughs of a career spanning the best part of 50 years, this consummate performer finally reveals what spurs him on, in this, the inside story of a bat out of hell who continues to blaze a trail into the hearts and minds of millions. 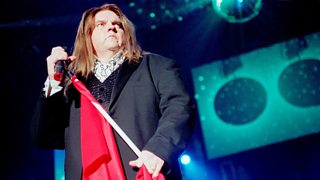 Browse Meat Loaf's profile for a biography, clips and links.