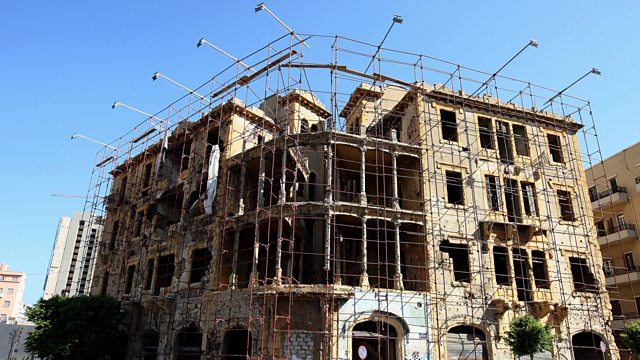 One house in Beirut, known as the Barakat House, still bears witness to the heyday of the city and the war that followed. Rebecca Lloyd-Evans explores the building.

On the intersection of Damascus and Independence streets in the Lebanese capital Beirut, there's an elegant house, pockmarked by bullet holes, that goes by a number of names - the Barakat house, the yellow house, or Beit Beirut. This building has stood witness to the experiences of Beirut over the last century. It contains the stories of those who lived in it before the war and the snipers who occupied it during the war.

The house has been saved from demolition by the dogged efforts of an architect, Mona el-Hallak. In a city where old buildings are continuously knocked down to make way for new flats, Mona has championed this building and preserved it for future generations.

Rebecca Lloyd-Evans went to meet Mona in the house, and this programme is a document of her experience there. The plan for the museum is to encourage Beirutis to come together and share their histories of the city.

Mona hopes that this could show the way towards a permanent peace in Lebanon, but - as Rebecca finds out - people's stories diverge and conflict and finding unity is not an easy mission.