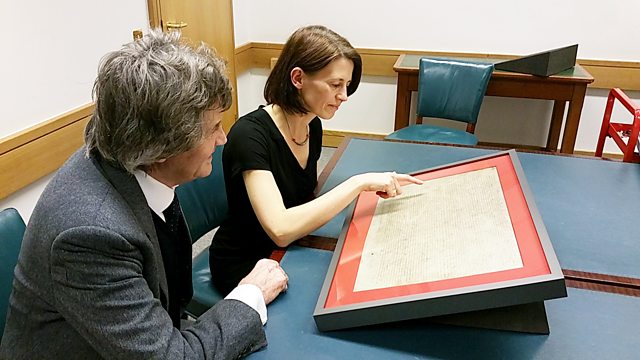 The Road to Magna Carta

Melvyn Bragg begins a major new series about Magna Carta by exploring the circumstances which resulted in the writing of the so-called Great Charter in 1215.

Melvyn Bragg begins a major new series marking the 800th anniversary of Magna Carta, one of the best known of all historical documents. In this first programme he explores the world of medieval England, examining the political turmoil and confused legal system which resulted in a major crisis in the early 13th century. He charts the developments that culminated in a tense stand-off between King John and his barons in 1215 - the backdrop to the agreement of Magna Carta later that year.

See all episodes from Magna Carta