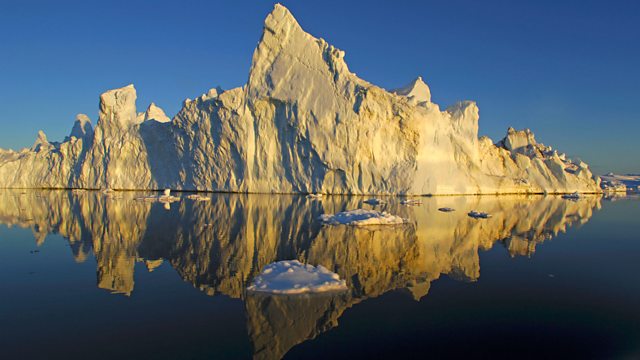 The White North Has Thy Bones

Samira Ahmed reaches for the far north, exploring how it has been perceived, dreamed and even desired. Why such enchantment for these snowy wastes, where death awaits so many?

Samira Ahmed reaches for the far North, exploring how it has been perceived, dreamed and even desired. Why is there such enchantment for these snowy wastes, where death awaits so many?

She considers the Arctic obsession of the 19th century, where society clamoured for news of great explorers like Franklin and swooned at thoughts of their fate. Tales of being frozen solid, cannibalism and insanity.

Alfred Lord Tennyson wrote a short poem for the memorial to Franklin which stands in Westminster Abbey, "Not here: The white north has thy bones; and thou, heroic sailor soul, art passing on thine happier voyage now towards no earthly pole."

But this is not simply the land of explorers. Samira hears from the people who inhabit the apparently uninhabitable. There's the Inuit. What is their relationship with the environment and the creatures they share it with?

Beneath the ice flows lie submarines, fearful, lying in the dark. What of the men who live beneath these freezing waters, and what of life in the Soviet labour camps of Siberia?

With music from contemporary composer Gavin Bryars, and readings from Jules Verne and Philip Larkin, this is a journey into the far north - which represents a sublime paradise for many and, for so many others, a hell.

Produced by Kevin Dawson
A Whistledown production for BBC Radio 4.

When I Grow Up

Yoga: For Body, Mind and Spirit

Title: The North Ship
Synopsis: Poem exploring the mystery of a ship heading north used by permission of The Society of Authors
Author: Philip Larkin

Title: From the preface of Frankenstein
Synopsis: Extract in which the monster is spotted in the arctic.
Author: Mary Shelley
Publisher: Wordsworth Editions

Title: I sit on the floor, leaning against the radiator
Synopsis: A poem about being in solitary confinement in Siberia.
Author: Irina Ratushinskaya
Publisher: Hodder and Stoughton