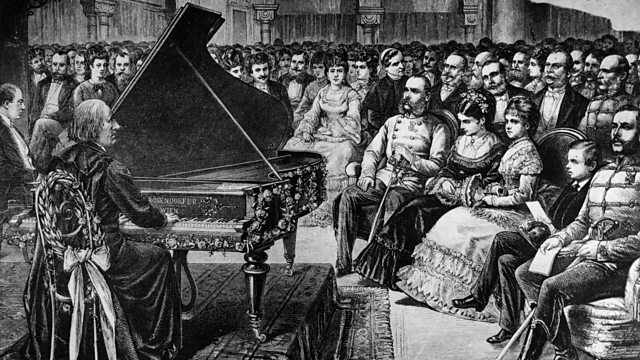 Donald Macleod introduces a paean to Liszt's Hungarian homeland and a pastoral idyll.

Donald Macleod presents a rare opportunity to hear all 13 of Liszt's symphonic poems. Today: a paean to the composer's Hungarian homeland, and a pastoral idyll.

Liszt's symphonic poems - spectacular, orchestral canvases that told a story in music - revolutionised the way music was conceptualised in the mid-19th century. In 1854, with the success of his first years in Weimar still ringing in his ears, the composer sat down to put the finishing touches to his first published volume of symphonic poems. It gave him the opportunity to revise and polish his very first, longest - and now least-perfomed - attempt at the form: a pastoral idyll summing up the beauty of mountain life. Donald Macleod also introduces Liszt's hymn to his native land: Hungaria.