BBC Two
Victoria Wood: That Musical We Made
Main content 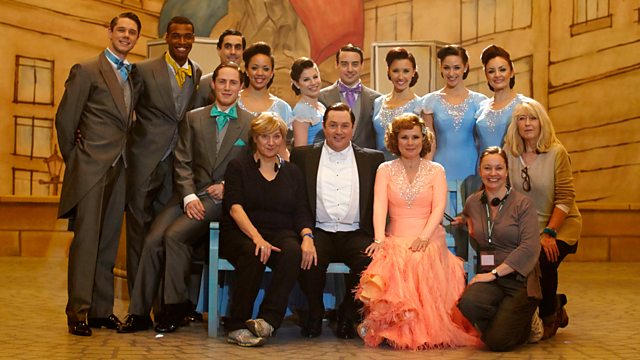 Victoria Wood: That Musical We Made

Victoria Wood presents a behind-the-scenes look at her film That Day We Sang, exploring the nuts and bolts of a big musical production and the real events which inspired her story.

That Musical We Made is an honest and funny look at the making of a musical. Victoria Wood takes us behind the scenes of That Day We Sang, the film she wrote and directed. She shows us the whole process, skipping only the actual writing, which would be very dull to watch as it's mainly Victoria staring out at her bins.

But the cameras have captured every other bit of the whole complicated process - from the first day of orchestral recording to the last shout of 'cut!' on a huge dance number. It's a fascinating look at the nuts and bolts of a big musical production, revealing how the choreography, musical arrangements and design all have to work together to tell the story.

As well as exploring the inherent bonkersness of any work in progress (How does Michael Ball hang off a ladder while singing at the top of his voice? Which is the best camera angle for a giant plastic prawn? And do we have enough period braces for a whole orchestra?), Victoria also looks at the real events which inspired her story.

She goes back to Manchester to find out about the original choir of the 1920s, and the children who sang on the record of Nymphs and Shepherds. And in between unpeeling the history and sharing the fun of the shoot, she tries to work out how a piece of writing can evolve. Victoria unpicks the process in an attempt to understand how what started as a straightforward account of a day in the life of a children's choir in 1929 ended up as a middle-aged love story about the power of music to reconnect lonely people and give them a second chance to fall in love.

That Day We Sang 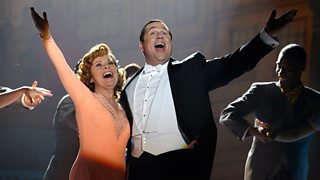 Learn more about Victoria Wood's musical rooted in the Manchester of 1929 and 1969.