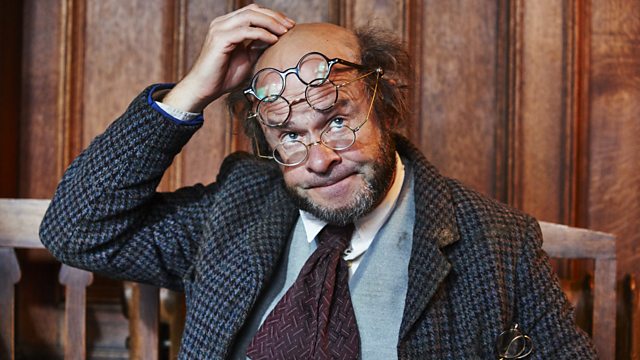 The Incredible Adventures of Professor Branestawm

Comedy adventure. Eccentric inventor Professor Branestawm takes on a businessman and local councillor who want to bulldoze his workshop to make way for a giant munitions factory.

Armed with a multitude of crazy inventions, and alongside his eccentric allies Colonel Dedshott, Mrs Flittersnoop and young apprentice Connie, Branestawm, the original mad professor, takes on scheming businessman Mr Bullimore and officious local councillor Harold Haggerstone, to try to stop their plans to bulldoze his workshop to make way for a giant munitions factory right in the middle of town.

See all episodes from Professor Branestawm

See all clips from The Incredible Adventures of Professor Branestawm (2)