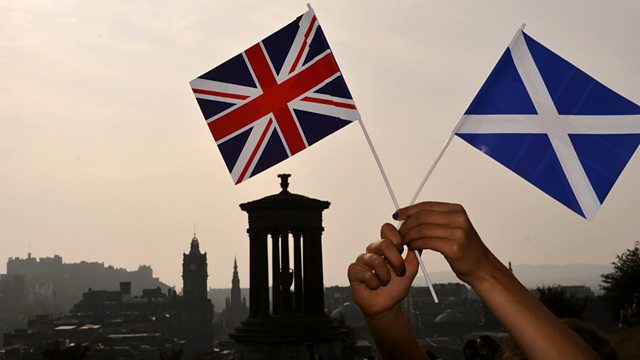 Aasmah Mir asks if Scottish society has been split in two by the independence referendum and speaks to people on both sides of the issue.

The Independence Referendum was intended to settle the issue of Scotland's future for a generation. But has it highlighted - or even created - a crack down the centre of Scottish society? On one side, you have passionate yes voters; younger, mobilised, comfortable in social media, disengaged from UK politics, less "British" than before. On the other, you have older, perhaps wealthier people, who tend to remember Thatcher and the Cold War, and who may be more closely engaged with mainstream media. Aasmah Mir will walk this faultline in Scottish society. She'll speak to #the45 who are keeping Scottish Independence alive in social media, and those no voters who, heart-sore at the division caused by the referendum, are determined that the question is never ever put again.