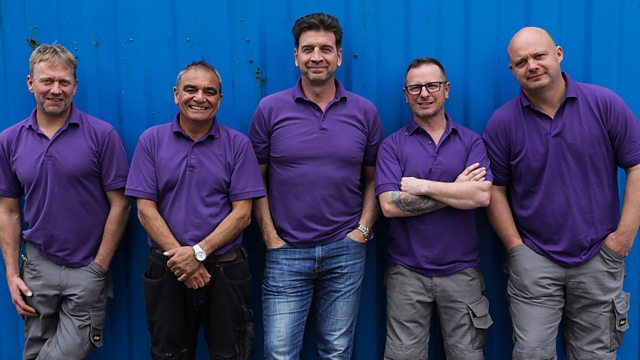 Home renovation series. 15-year-old Jack has a rare form of muscular dystrophy. The team redesigns his family's house to help them all enjoy their time together.

15-year-old Jack Morris was born with a rare form of muscular dystrophy, which has led to a lifetime of painful operations. His mother Helen has always been his rock and his elder brother Daniel his best friend.

But as Jack grows into a man, it has been impossible for Helen to get him upstairs and he is forced to sleep in the living room of their small three-bedroom semi in Swansea. With no other social space in the house, Daniel rarely brings his mates round and they spend less time together as a family.

So Nick and the boys, with designer Gabrielle Blackman, take on the challenge of turning the house into somewhere for Jack to grow into a man with dignity, a place to give Helen sanctuary and to reunite two amazing brothers.

See all clips from The Big Build - Swansea (6)