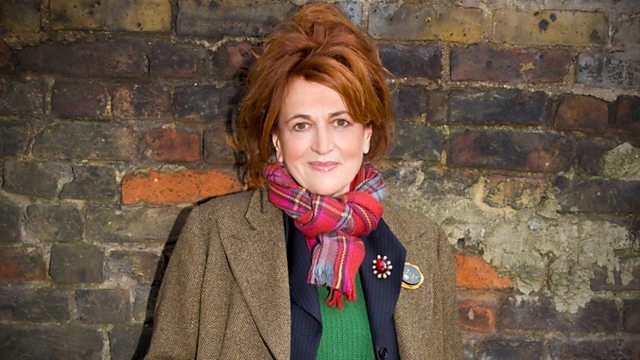 Dr Sarah Coombes is a consultant with the Ambulance Service of New South Wales (ASNSW). She appears in a new series of Helicopter Heroes Down Under which follows British medics and pilots working in Australia. She is in charge of recruiting new doctors for ASNSW as well as attending emergency calls - covering around 7 million people in a 300-400 km radius. Helicopter Heroes Down Under Series 2 is on BBC1.

Barbara Dickson OBE is a Scottish singer and actor. Her new album, Winter, includes 11 of her favourite seasonal songs; such as Silence of the Dawn by ABBA's Benny Andersson. Her hits include Another Suitcase in Another Hall and she has appeared in stage shows including Blood Brothers and John, Paul, George, Ringo... and Bert. Winter is released by Chariot Records. Barbara will be touring the UK in 2015.

Mike McShane is an American actor, writer and comedian. He is currently in the Stephen Sondheim musical Assassins, which explores the history of American would-be presidential assassins and those who succeeded - from John Wilkes Booth to Lee Harvey Oswald. Born in Boston, Massachusetts, Mike joined the army at 18 before taking up acting at San Francisco State University. He appeared on TV shows such as Whose Line Is It Anyway? and played Friar Tuck in the 1991 film Robin Hood: Prince of Thieves. Assassins is at the Menier Chocolate Factory, London.

Giles Abbott is a professional storyteller. He will be touring his new show, Tongues of Flame, based on the life of British explorer, writer and translator, Richard F Burton. Giles started storytelling in 1999 in response to his sudden and serious, but not total, sight loss the year before. Formerly resident storyteller for the Chelsea Community Hospital School, Giles is a trained voice teacher. Tongues of Flame is touring.