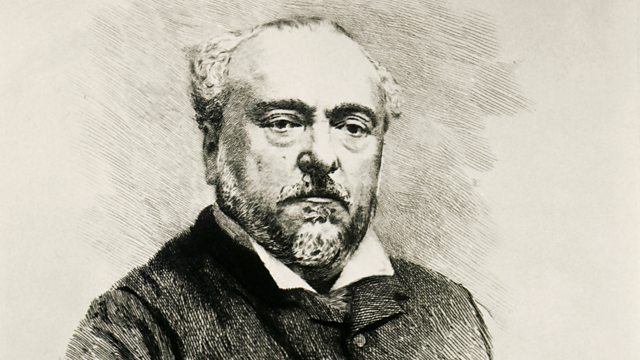 Donald Macleod focuses on a trip Chabrier took to Spain, where the dances and rhythms fascinated him and inspired the writing of his biggest-ever musical hit, Espana.

The Chabriers take a trip to Spain where the dances and rhythms fascinate Emmanuel, inspiring him to write his biggest ever hit, Espana.

Chabrier must surely be one of the most likeable fellows to have graced this earth. It seems no-one had a bad word to say about him. His wide circle of friends included all the leading musicians, writers, poets and painters of the day. Chabrier owned a remarkable collection of impressionist paintings including several by Manet, who produced the best known portrait of the composer.

Emmanuel Chabrier's life slots into a fascinating point in French musical history. When he was born in 1841, Berlioz was already thirty-eight and famous, Saint-Saëns was six, while the rising stars of the future, Massenet and Fauré, were not yet born. Despite Wagner's dominance, and indeed Chabrier's own reverence for the German composer, Chabrier's music retains a staunchly Gallic individuality, with critics subsequently paying tribute to him as a "direct forerunner of the modern school." The reason for this may well relate, at least in part, to his studies. Chabrier was largely self-taught, and although he was better educated than most musical amateurs, he never followed the accepted route into the Paris Conservatoire or a similar institute. He trained first in law, only taking up full time composition in his thirties.

The Chabriers' holiday in Spain is vividly documented in Emmanuel Chabrier's delighted correspondence with all his friends back home in Paris. Today Donald Macleod dips into those letters for an insight into the sights and experiences that inspired Chabrier to produce a uniquely Gallic take on Spanish rhythms, much loved everywhere except Spain!