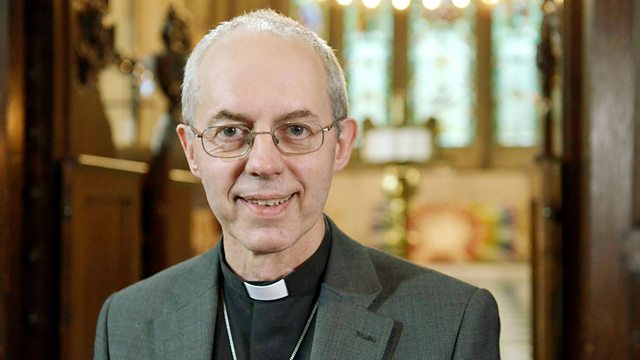 The Most Reverend Justin Welby

Kirsty Young talks to the Most Rev Justin Welby, Archbishop of Canterbury.

Kirsty Young's castaway for Christmas week is The Archbishop of Canterbury, the Most Reverend Justin Welby.

Ordained as a priest in 1993, 19 years later he was appointed to lead the Anglican communion of over 77 million people spread across 167 countries. Hardly a front runner when the job vacancy came up he said that it would be "a joke" and "perfectly absurd" if he were appointed.

His faith has brought him high office but when he 'found God' at university, it gave him something a good deal more significant: a sense of much needed comfort after an often turbulent and uncertain childhood. Although his mother's side of the family provided stability, his father was an alcoholic and his childhood was punctuated by his parents' early divorce and significant money worries - one particular Christmas was spent hungrily staring out of the window as his father lay in bed all day.

He says, "When the church is working it is the most mind-bogglingly, amazingly, extraordinarily beautiful community on earth. It heals, it transforms, it loves, and it changes society."

See all clips from The Most Reverend Justin Welby (2)