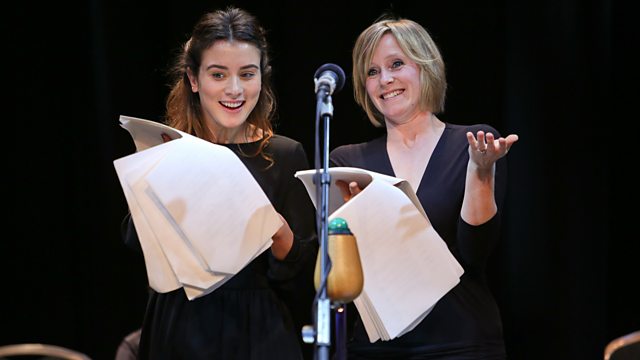 To mark the 40th anniversary of the Paines Plough theatre company, a special event held at the BBC Radio Theatre with new plays by Nick Payne, Robin French and Katie Douglas.

Paines Plough was formed in 1974 over a pint of Paines bitter in the Plough pub. Since then they have produced more than 130 new productions by world renowned playwrights and have toured those plays to hundreds of places from Manchester to Moscow to Maidenhead.

The first play, Nick Payne's Happiness, focuses on married couple Karen and Richard as they attempt to remedy their respective unhappiness with a variety of far-flung undertakings. But can they find a solution that is closer to home?

In the strange universe of Robin French's Silver Drills, the fortunes of Humboldt Zoo are about to be turned around by the arrival of mysterious and endangered animals - the Silver Drills.

In the final play, Katie Douglas's Reunion, Gary has invited his family around for lunch. However, the reunion turns out to be a far cry from what he was expecting.

A Traveller's Guide to Paterson