BBC Four
The Joy of the Bee Gees
Main content 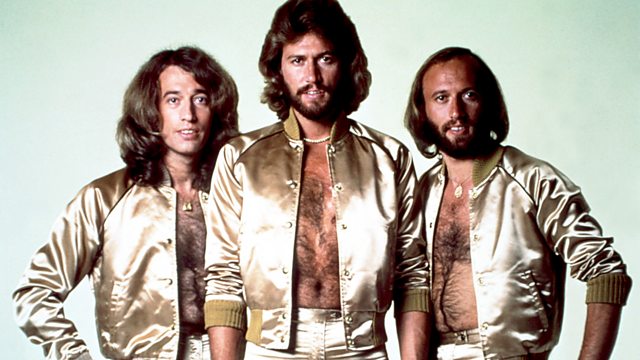 The Joy of the Bee Gees

Documentary profile of the Gibb brothers, from child stars on the Australian variety circuit to competitors with the Beatles in the late 60s and disco superstars in the 70s.

Guilty pleasure or genius, misfits or mavericks, noble or naff - how do we really feel about the Bee Gees? Are the brothers Gibb a cacophony of falsettos or songwriting maestros, the soundtrack to every office party or masters of melancholy and existential rage? Are they comedy or Tragedy? How deep is our love and how deep are the Bee Gees?

With a back catalogue that includes hits like How Do You Mend a Broken Heart, Massachusetts, Islands in the Stream, Stayin' Alive, Chain Reaction, How Deep Is Your Love, Gotta Get a Message to You, Words, To Love Somebody and Night Fever, the Bee Gees are second only to the Beatles in the 20th-century songwriting pantheon, but while their pop success spans several decades, there are different Bee Gees in different eras. Is there a central glue that unites the brothers and their music and, if so, what is it?

The Joy of the Bee Gees features a rare interview with the last remaining Bee Gee brother, Barry Gibb, many of those musicians and industry figures who have worked with them closely over the years, and a surprising cast of Bee Gees aficionados including John Lydon, Ana Matronic, Guy Chambers, Mykaell Riley and Alexis Petridis, who together share their stories and their insights into the band whose music and image moved us in the 60s and defined pop culture in the mid-to-late 1970s.

The film explores how the band were iconoclasts and outsiders, brothers in the family business, who worked best when together but who grew up and played out their fraternal struggles in public. The brothers went from child stars on the Australian variety circuit to competitors with the Beatles in the UK charts in the late 60s, scoring number one hits while still only teenagers.

In the mid-70s, the former 'beat group' reimagined themselves as a close-knit soul boy trio. The Saturday Night Fever album shot them to global superstardom and every radio station played a song written, produced or sung by the Bee Gees. The saturation of their music and their iconic 'medallion man' image would ultimately elbow them out of fashion, even make them figures of fun...

But you can't keep a good band down and in the 80s they became writing guns-for-hire to stars such as Kenny & Dolly, Barbra Streisand and Diana Ross. 1987 saw the band come back yet again and hit the top of the charts. The deaths of Maurice and then Robin brought the Bee Gees' reign to an end, but Barry and their music live on.

Let's enjoy finding out why and how: welcome to The Joy of the Bee Gees.