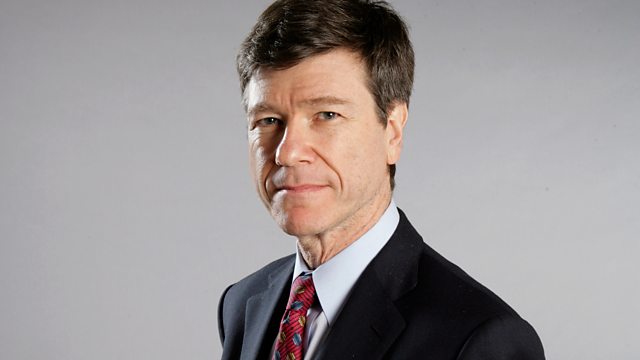 The Shadow of the Cold War

Economist Jeffrey Sachs, who advised Russia at the end of the Cold War, argues that many of today's global problems were caused by bad decisions at the end of previous wars.

Jeffrey Sachs argues that many of today's global problems are hangovers from bad, ungenerous decisions at the end of previous conflicts.

Professor Sachs is one of the world's leading economists, and amongst the many governments he has advised over 30 years were Poland and Russia at the end of the Cold War.

In this very personal talk, recorded at McNally Jackson books in New York City, Professor Sachs describes how a stunned Russian Prime Minister, facing economic calamity and desperate for western support, was told instead by western governments that there would be no help forthcoming. And he argues that decisions like this - similar to those taken by the Entente powers at the end of the First World War which sowed the seeds of today's conflicts in the Middle East - are a large part of the explanation of Russian attitudes today, including in Ukraine.

The presenter is Amanda Stern.