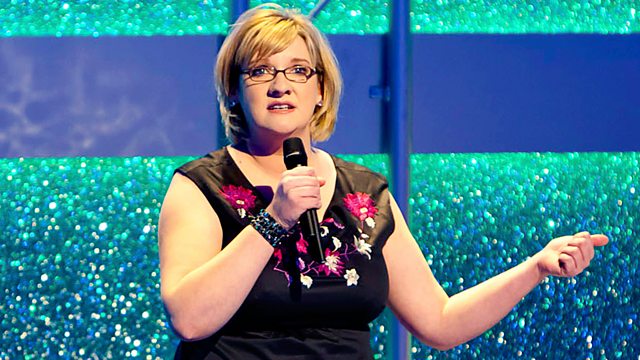 Kirsty Young's castaway this week is the comedian, Sarah Millican.

Her every woman yet no-holds-barred style of comedy has brought her sell-out tours and several of her own highly successful TV series. Revelling in normality and drawing on the difficult, intimate and often excruciating moments of being human, she dares to say what most of us are thinking, only she's much funnier.

A Geordie, born in South Shields, her dad was an engineer down the mines and her mum was a hairdresser. They encouraged their daughter in her storytelling and performing even though her childhood shyness meant she'd recite her poetry from behind the living room curtains. Later it was pain that first propelled her onto the stage when a broken early marriage provided the catalyst she needed to find the courage to confront the glaring judgement of the audience's gaze. Her rise was then rapid. Within four years she was awarded the Best Newcomer prize at the Edinburgh Fringe.

She says, "People come along and think, 'oh she's being too rude'. They don't realise I'm just like this at home. People think I'm prim and proper at home but I'm not - I'm just me transplanted onto the stage".

The Most Reverend Justin Welby

See all clips from Sarah Millican (3)