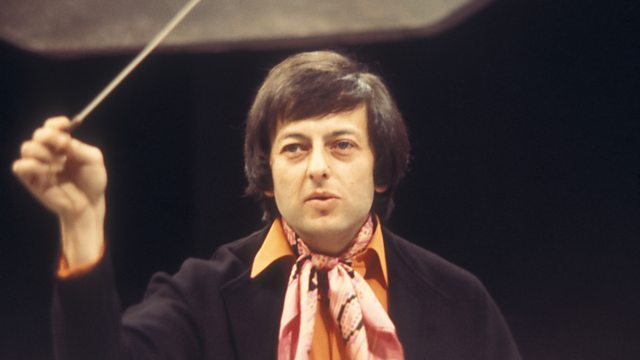 Andre Previn talks to Donald Macleod about his meteoric success as a jazz pianist in the 1950s - and his troubled marriage to the gifted lyricist Dory Langdon.

Donald Macleod talks to André Previn about his meteoric success as a jazz pianist in the 1950s - and his troubled marriage to the gifted lyricist Dory Langdon.

André Previn is one of our most iconic musical celebrities - a world-renowned conductor, a multi-award-winning jazz and classical pianist, and a household name to millions after his appearance as Morecambe and Wise's guest "Andrew Preview". With five former marriages, including to actress Mia Farrow and violinist Anne-Sophie Mutter, Previn's never been far from the arts - and the gossip - pages of the newspapers. And yet, his formidable talents as a composer have often been overlooked. This week, Donald Macleod explores André Previn's career as a movie, jazz and classical composer, exclusively in conversation Previn himself as they explore his remarkable musical life.

Having built a career as a brilliant young film composer, André Previn's career as a jazz pianist suddenly took off in 1954, when his album "My Fair Lady" - his own trio arrangements of the popular musical - became the bestselling album the jazz industry had ever experienced. Catapulted into fame, and still only in his early 20s, Previn became one of the most sought-after pianists of his generation - simultaneously releasing dozens of jazz albums whilst honing his skills as a classical pianist. He speaks to Donald Macleod about his career as a jazz and popular composer, and discusses his relationship with the gifted but troubled lyricist Dory Langdon - his second wife and longtime collaborator. We'll hear a trio of their songs, and from one of Previn's most significant concert hall works - his Guitar Concerto, written for the virtuoso soloist John Williams.

From Nazi Germany to Hollywood—Andre Previn (1929-)