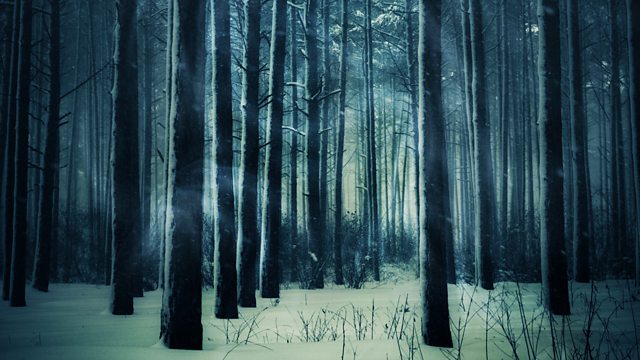 Eleanor Rosamund Barraclough journeys to northern Norway in search of the supernatural icy world that haunts the imagination of writers such as Philip Pullman and AS Byatt.

As the dark winter nights draw in, our thoughts turn to all things Northern - roaring fires and woolly jumpers, snow, ice, and the faint jingle of Father Christmas's sleigh. But across the centuries, a weirder, wilder North has lurked in the imaginative shadows: a North populated by mountain trolls, demons and direwolves, white witches and white walkers, snow queens and Sámi shamans.

Radio 3 New Generation Thinker Eleanor Rosamund Barraclough journeys to Arctic Norway in search of the supernatural world that haunts the imagination of writers such as Philip Pullman, A.S. Byatt, C.S. Lewis, Hans Christian Andersen and the authors of the medieval Icelandic sagas.

Following the trail of a 9th century Norseman called Ohthere, who travelled along the northern coast of Norway and down to the White Sea in Russia, Eleanor sets out from the coastal city of Tromsø in northern Norway. But whereas Ohthere wanted to survey the land and acquire walrus ivory, reindeer and exotic furs, Eleanor is looking for a stranger North - a place inhabited by mountain trolls, witches and giants.

On her journey Eleanor is initiated as a member of The Royal and Arctic Polar Bear Society in Hammerfest, visits the Arctica Ice Bar in Honningsvåg, climbs the Dommen mountain - a popular venue for witches' Sabbaths, and views the witches' memorial in Vardø.

Helping Eleanor in her quest for the supernatural North are writers Philip Pullman, author of Northern Lights; A.S. Byatt, author of Ragnarok; Professor Peter Davidson of Aberdeen University and author of The Idea of North; Dr Carolyne Larrington of Oxford University, a specialist in the Icelandic sagas; Professors Rune Hagen and Richard Holt of Tromso University and artist Jeffrey Vallance.

Eleanor is knighted with the penis bone of a walrus at The Royal and Ancient Polar Bear Society in Hammerfest, Norway

Eleanor becomes a member of The Royal and Ancient Society of Polar Bears in Hammerfest, Norway

Eleanor at the Arctica Ice Bar in Honningsvåg, Norway