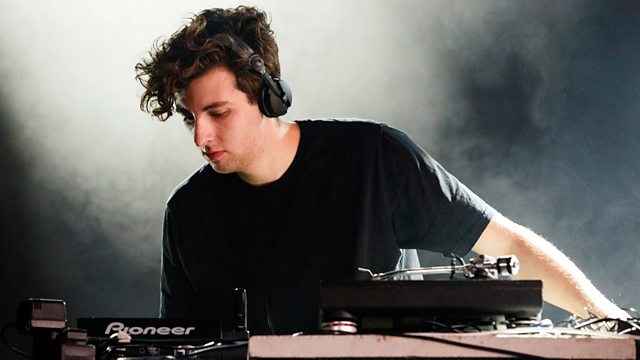 Jamie xx returns to 6 Music for the third show in his 6 Mix residency, reflecting the most exciting music emerging from clubs across the world.

Jamie xx returns to 6 Music for the third show in his 6 Mix residency, reflecting the most exciting music emerging from clubs across the world.

Since his last 6 Mix back in the summer, Jamie has been busy touring, both with The xx and as a DJ. Aside from his numerous live dates, he has been working on The xx's third album and has recently created some music for a short film by Sofia Mattioli, alongside other producers such as Koreless and Four Tet.

Ever since bursting onto the UK music scene with his band, The xx, Jamie xx has been one of the most in demand and talked about artists around. Along with Romy Croft and Oliver Sim, he won the 2010 Mercury Music Prize, and continues to win plaudits from pretty much everyone who hears his music.

Having gone to the same South London school as Four Tet, Hot Chip and Burial, on his own he's re-worked Gil Scott-Heron's final album, and released original productions on Scottish label Numbers - who've also provided a platform for Rustie, SBTRKT and Deadboy. He's been at the forefront of UK Bass which has found its way into mainstream tracks and helped pave the way for the resurgence of Garage.

Hailed by Thom Yorke and with everything he does blogged about across the world, Jamie is more than a welcome addition to the 6 Mix Residents roster alongside Goldie, Erol Alkan, Derrick May, Rob da Bank, Andrew Weatherall, DJ Yoda and Groove Armada. In this third resident show for 6 Music, Jamie will be playing two hours hand-picked tracks, new and old.