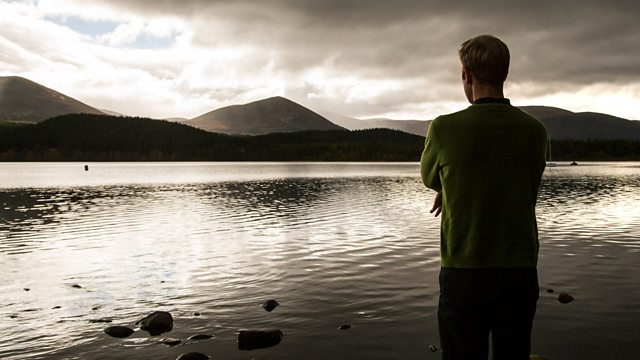 The Living Mountain: A Cairngorms Journey

Travel-writer Robert MacFarlane presents a documentary telling the story of Scottish poet and novelist Nan Shepherd and her book, The Living Mountain.

A forgotten literary masterpiece celebrating the majesty of the Cairngorm mountains is the subject of this documentary presented by travel writer Robert MacFarlane.

The Living Mountain, written by Scottish poet and novelist Nan Shepherd in the 1940s, recounts her experience of walking in the Cairngorms during the early years of the Second World War. When Robert MacFarlane first discovered it he found it to be one of the finest books ever written on nature and landscape in Britain.

This love letter to the Cairngorms instantly challenged his preconceptions about nature writing. Unlike other mountaineering literature that focused on a quest to reach the summit, this remarkable book described a poetic and philosophical journey into the mountain.

Now Robert MacFarlane retraces Nan Shepherd's footsteps, exploring the Cairngorms through her thoughtful and lucid descriptions, in an attempt to discover what she called the living mountain: "So there I lie on the plateau, under me the central core of fire from which was thrust this grumbling mass of plutonic rock, over me blue air, and between the fire of the rock and the fire of the sun, scree, soil and water, grass, flower and tree, insect, bird and beast, wind, rain, snow - the total mountain."

This film brings the story of Nan Shepherd and her little-known work to a new audience, and along the way offers a moving and memorable tour of the Cairngorm mountains, seen afresh through the passion and poetry of her writing.

See all episodes from Secret Knowledge