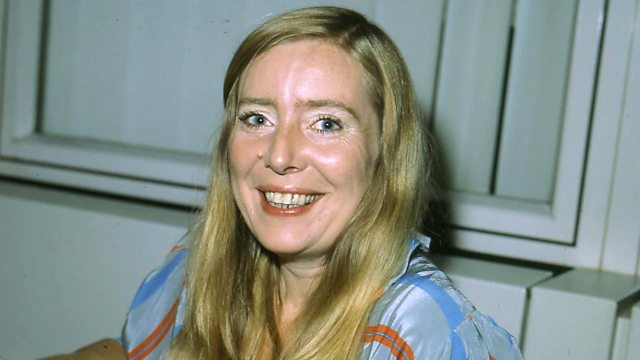 Lorna Sage's classic memoir, Bad Blood, is a story about how books can be passports out of the 'hell' of childhood. When Grace Dent first read it, it made a huge impact on her, forcing her to question her own childhood and her relationship with writing.

Exiled in a remote parish on the Welsh borders, Bad Blood tells the tale of a strange upbringing in a haunted postwar Britain. 'I've never read anything which explores, with such biting humour and energy, the way rage and frustrated desire are passed down the family line. I've always felt I have a great memoir in me but I'd have to wait for a lot of people to die before I could write it,' says Grace.

She visits the Shropshire vicarage where Bad Blood is set and talks to Lorna's daughter Sharon and to close friends and colleagues - including the writers Marina Warner and Ali Smith who describe what it was like to live with Lorna. Grace also meets Lorna's ex-husband Victor Sage, who describes how Lorna read constantly, 'She ate and read at the same time, without looking up, I had to get used to that when I married her.'

In the 1960s, Lorna became a Professor of English Literature at the University of East Anglia and established an international reputation as a critic, scholar and teacher with a dedication to women's writing. But she also inspired generations of students who came to UEA to listen to hear her voice.

Lorna was revered as a teacher - but her life story made her famous. Bad Blood won the Whitbread prize for biography in 2001, a triumph cruelly clouded by her death from emphysema a week later, aged 57.

Produced by Sarah Cuddon
A Testbed production for BBC Radio 4.