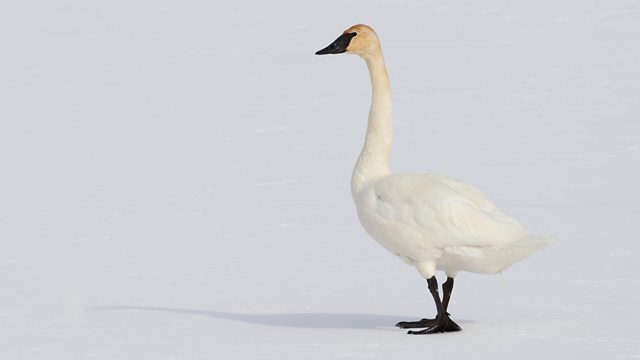 Liz Bonnin presents the sonorous trumpeter swan of North America. Across an Alaskan wilderness powerful sounds and calls emanate from the largest and heaviest of all wildfowl, the pure white trumpeter swan. With a wingspan of up to 250 cm, the biggest male trumpeter swan on record weighed over 17 kilogrammes, heavier than mute swans. They breed on shallow ponds and lakes in the wilder parts of north west and central North America. Hunted for feathers and skins, they were once one of the most threatened birds on the continent, with only 69 birds known in the United States, although populations hung on in Alaska and Canada. Since then trumpeters have been protected by law and populations have recovered in many areas. Alaska and Canada remain strongholds and today reintroductions are returning this musical bird to their former range in the USA.