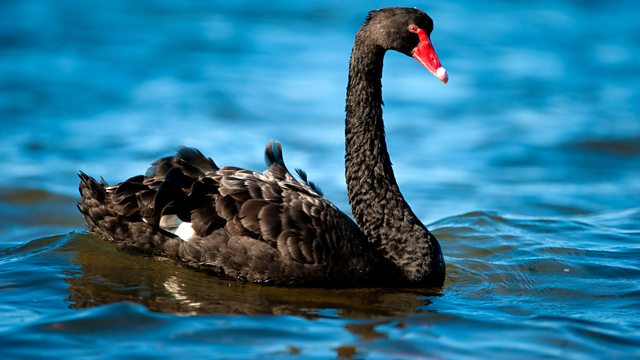 Sir David Attenborough presents a widely regarded symbol of Australia, the black swan. These stately looking birds are native to the wetlands of south-western and eastern Australia. The New Zealand population was hunted to extinction but has now been reintroduced there. Their plumage is charcoal grey rather than black and beautifully ruched along their lower back, hiding the white primary feathers which are fully revealed in flight. Their only colour is a raspberry- coloured bill. Black swans behave like nomads, tracking local rains and breeding when they can. In Britain as a collection bird, a few have even cross-bred with mute swans to produce a greyish hybrid nick-named the 'Blute Swan'.