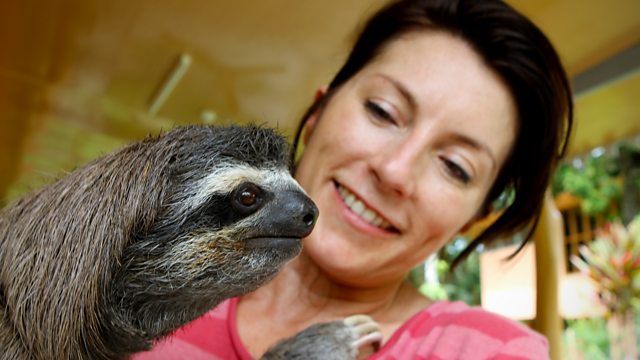 Angie Marchese is the director of archives at Graceland, the former home of Elvis Presley. She is curating a new exhibition in London which showcases over 300 artefacts from the Presley family's archives, some of which have never been exhibited outside of Graceland in Memphis. Objects on display include Elvis's American Eagle jumpsuit; the red 1960 MG Roadster from the film Blue Hawaii and the star's personal wallet containing photos of a young Lisa Marie Presley. Elvis At the O2: The Exhibition of His Life is at the O2 Arena.

Father and son David and Ben Crystal are writers with a keen interest in language. Their latest collaboration is You Say Potato, a witty look at the differences between our many accents. Ben is an actor, producer and writer and David is a writer, editor and lecturer who is honorary professor of linguistics at the University of Wales. You Say Potato - A Book About Accents is published by MacMillan.

Lucy Cooke is an award-winning presenter, writer and founder of the Sloth Appreciation Society. She is a panellist on A Wild Audience with...an event in which five natural history experts share some of their life-changing wildlife experiences. Lucy's talk celebrates the sloth and she reveals why the planet's laziest animal is in fact the true king of the jungle and why she believes being fast is overrated. Her book, The Power of Sloth, is published by Franklin Watts and A Wild Audience with... is at the Lyric Theatre, London.