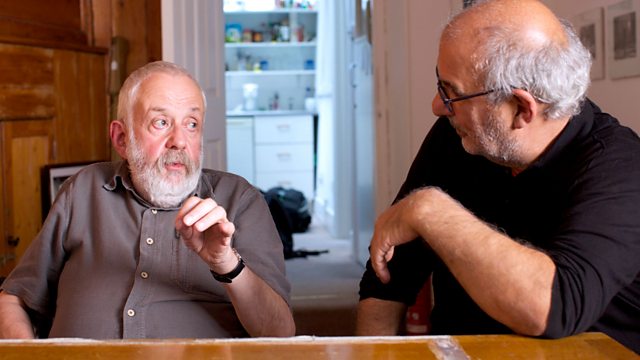 The One and Only Mike Leigh

Director Mike Leigh talks to Alan Yentob about his unique body of work and struggle to make films on his own terms. Actors he has worked with discuss his distinctive methods.

In a revealing documentary, Mike Leigh, director of Secrets & Lies, Vera Drake and Abigail's Party among many others, talks to Alan Yentob about a unique body of work and a lifelong struggle to make films on his own terms.

On day one of a Mike Leigh film, there is no script, no story and the actors do not know if they will even be in the final film. It is a process that has yielded some of cinema's most celebrated performances, and Leigh's new film Mr Turner is already winning critical acclaim.

Actors including Jim Broadbent, Eddie Marsan, Sally Hawkins, Lesley Manville and James Corden give fascinating insights into the director and his distinctive method of working.

See all clips from The One and Only Mike Leigh (2)