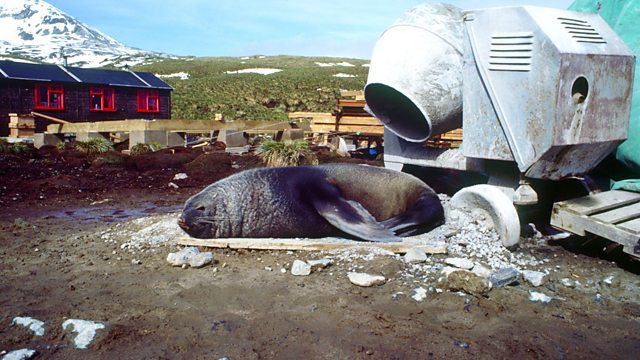 Wildlife and Drought in East Africa

As east Africa gets hotter and drier, livestock are increasingly being grazed inside wildlife reserves. Inevitably this leads to predation by big cats. What does the future hold?

As East Africa gets hotter and drier livestock are increasingly being grazed inside wildlife reserves. Inevitably this leads to predation by big cats. What does the future hold for the pastoralists, wildlife and the way of life of the Samburu? Monty Don explores this increasingly difficult issue with a field report from Samburu where a severe drought is taking its toll. Climate change predictions show that conditions will get worse and wildlife experts discuss the challenges ahead for nature and people.

Scott Creel is Professor of Ecology at Montana State University. His current research mainly examines risk effects, or the costs of anti-predator responses by prey species. Recent research with many species has shown that direct killing constitutes only a fraction of the total limiting effect of predators on their prey.

He and his students recently examined the responses of elk to variation in the risk of predation by wolves, including changes in behavior, group size, habitat selection, feeding ecology, and spatial distributions. They related these responses to changes in nutrition, physiology, demography and population dynamics. This work won the 2010 Carl Gustav Bernhard Medal from the Royal Swedish Academy of Sciences.

His primary field research is now with the Zambian Carnivore Programme, headed by Dr Matt Becker, to examine risk effects and carnivore conservation in three ecosystems (Liuwa, South Luangwa and Kafue National Parks), with several species of predators and prey. This work aims to measure variation in direct predation rates and risk effects, to identify the ecological factors that drive this variation, and provide data for the conservation and management of predators and prey.  In this work, the team studies African wild dogs, lions, spotted hyenas, cheetahs and leopards, together with their primary prey, which varies among species and ecosystems, but notably includes African buffalo, giraffe, wildebeest, zebra, impala, puku, lechwe and oribi.

Dr Iain Douglas-Hamilton, pictured here in 1999, is one of world’s leading authorities on elephant conservation. His work focuses on understanding elephant choices by studying their movements and integrating findings into conservation and management strategies. He is the founder and CEO of Save the Elephants, a British trust with a mission is to secure a future for elephants in Africa.

During the 1960s, Douglas-Hamilton carried out the first in-depth scientific study of wildelephant social behavior in Tanzania, which paved the way for much of elephant research andconservation today. He introduced behavioral ecology to elephant conservation through detailed monitoring and recording of births, deaths and migrations.

In 1979, Douglas-Hamilton led a comprehensive ivory trade study for USFWS that provided a foundation for subsequent ivory trade monitoring. He chronicled how Africa’s elephant population was halved between 1979 and 1989, and he was the first to alert the worldto the poaching crisis and was instrumental in bringing about the world ivory trade ban.

From 1980 to 1982 he developed and led a successful emergency anti-poaching program inUganda’s national parks, where elephants were on the brink of extinction. His work has leddirectly to the halt in the species’ precipitous decline and to the subsequent stabilization of many elephant populations.
Douglas-Hamilton was elected regional advisor for the International Union for Conservation ofNature (East Africa Region) and served this role until 1988. Through the mid-1990s, hecoordinated a number of elephant studies and projects including the Tsavo Elephant Count onbehalf of Government of Kenya and the East African Wildlife Society, European Economic Community / World Wildlife Fund African Elephant Programme, EC African Elephant Surveyand Conservation Project, Lake Manyara National Park Aerial Survey and the United NationsEnvironment Programme/World Wildlife Fund African Elephant Database Project.

Bilal Butt is an Assistant Professor at the School of Natural Resources and Environment and a faculty affiliate of the African Studies Center at the University of Michigan. He is a people-environment geographer with regional specialisations in sub-Saharan Africa and technical expertise in geospatial technologies, ecological monitoring and social-scientific appraisals.

His general research interests lie at the intersection of the natural and social sciences to answer questions of how people and wildlife are coping with, and adapting to changing climates, livelihoods and ecologies in semi-arid regions of sub-Saharan Africa.

Currently, he is investigating the spatiality of livelihood strategies (resource access and utilization) among pastoral peoples under regimes of increasing climatic variability and uncertainty, and the nature of the relationships between wildlife and livestock in East Africa.

As one of the lead authors of the Intergovernmental Panel on Climate Change (IPCC) Third and Fourth Assessment Reports, Dr Price shares in the 2007 Nobel Peace Prize awarded to the IPCC.

Dr Price is currently a Senior Researcher in the School of Environmental Sciences and Tyndall Climate Change Centre at the University of East Anglia.

He recently completed a project investigating new ways of expressing uncertainty in communicating climate change and he is currently looking at the impacts of higher levels of climate change. 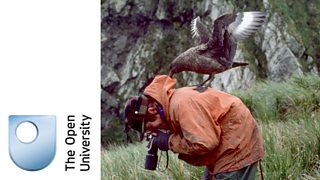