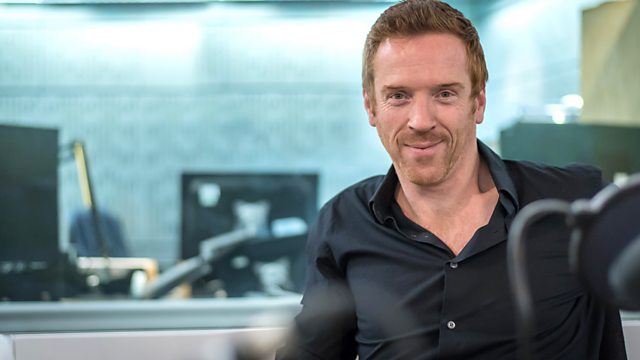 Kirsty Young's castaway this week is the actor, Damian Lewis.

As part of the wave of British talent that's crashed onto America's shores in recent years his impact has made a deep impression on the creative landscape. His role as Sergeant Brodie in Homeland saw him win both an Emmy and Golden Globe and along with Band of Brothers, The Forsyte Saga and a long list of other credits, he now ranks as one of our most well recognised and highly regarded performers.

Things didn't always look so peachy: aged 11, and in the school production of Princess Ida, he forgot the entire third act and stood mute in front of a packed auditorium. Tellingly, rather than scuttling into the wings with shame he soldiered on and by 16 he knew performing was, more than anything, what he wanted to do.

He says, "I am a person who is ambitious. I'm ambitious to get the very best from every moment and even if that's just taking my children to the zoo ... I want it to be the best it can be.".