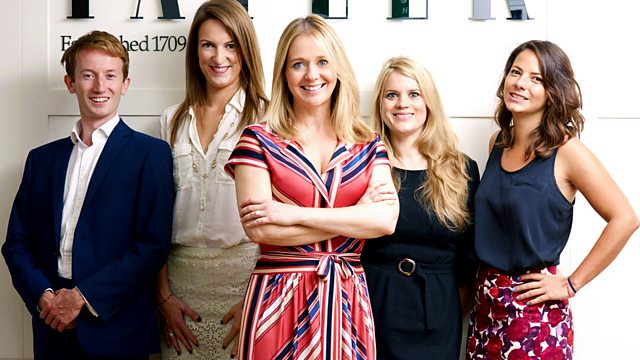 Posh People: Inside Tatler
Episode 1 of 3

Documentary which goes behind the scenes at Tatler, the world's oldest magazine, which has been reporting on the lives of Britain's most privileged and powerful for 300 years.

Tatler is the oldest magazine in the world and has been reporting on the lives of Britain's most privileged and powerful for 300 years. Tatler not only documents but also dictates the social calendar of Britain's elite. With an archive full of society's movers and shakers, being pictured in its pages has long been a rite of passage for Britain's ruling classes.

We meet the editor, Kate Reardon, a self-confessed 'honking, great Sloane', and her features team, who are all expected to be well-versed in the rules of upper-class life. We follow the newest addition to the Tatler team, writer Mathew Bell, over his first few months at the magazine as he tries to find his feet and go from middle-class outsider to privileged insider.

We see the team put together an issue, and follow them on shoots and key social events to meet the people featured in their pages, such as Lord Glasgow in his 13th-century castle in Scotland or Nigerian millionaire Kola Karim, who has no idea how many cars he owns.

See all episodes from Posh People: Inside Tatler