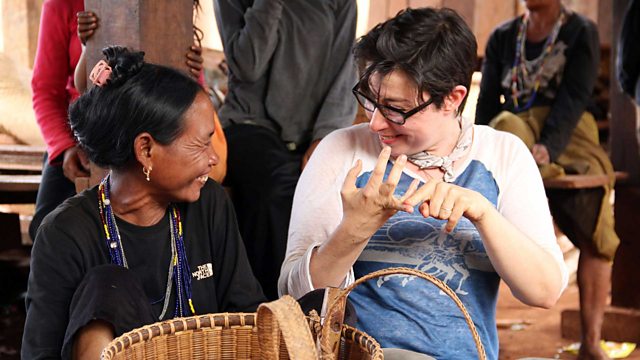 The Mekong River with Sue Perkins
Episode 2 of 4

Sue Perkins continues her epic journey up the Mekong. In Cambodia, animal lover Sue is confronted by the most emotionally challenging and complex world of wildlife trafficking.

Sue Perkins continues her epic journey up the Mekong, south east Asia's greatest river. In this second episode, Sue embarks on the most emotional leg of her journey along the Mekong. Having learnt how people are struggling to recover from the legacy of Pol Pot and the Khmer Rouge, animal lover Sue continues through Cambodia to witness how deforestation and wildlife crime are stripping the country of it last wild places. She goes on a raid with the Wildlife Rapid Response Rescue team, in search of trafficked wild animals and bush meat. It's a disturbing experience, and Sue is thrust into the complicated and conflicting world of animal welfare and conservation versus the poverty and greed that drives the trade. She also takes part in the more positive aspect of the team's work, as they release macaques and a slow loris back into the wild. And further upstream she sees the efforts to protect the Mekong's endangered river dolphins.

But Cambodia also brings some of her happiest encounters, as Sue's ability to make friends is epitomised in her meetings with a mobile-touting hermit and the women of the Krung people. The Krung live in the remote highlands of Ratanakiri and are one of the tribes most affected by rapid deforestation. Having witnessed the devastation of the forest from the air, Sue makes a deep bond with these women, as she sees how they live from the bounty of the remaining forest and learns of their struggle to protect it.

See all episodes from The Mekong River with Sue Perkins