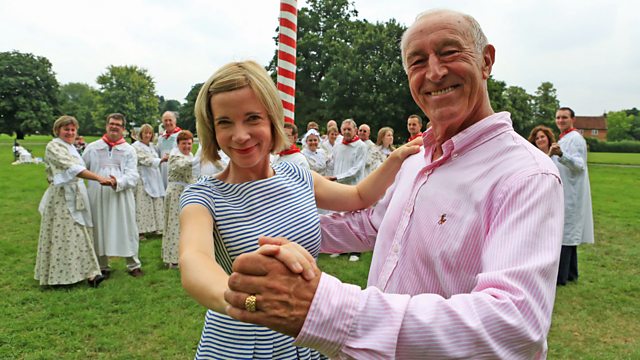 Dancing Cheek to Cheek: An Intimate History of Dance
Episode 1 of 3

A look at how dancing went from being frowned upon as dangerous and debauched in the 17th century to being celebrated as an essential social skill in the 18th.

Len Goodman and Lucy Worsley explore how dancing went from being frowned upon as dangerous and debauched in the 17th century to being celebrated as an essential social skill in the 18th century. The pair begin by joining a group of performing arts students on Ickwell village green to learn the cushion dance, a 17th-century favourite with a rather raunchy reputation.

Len uncovers the long history of English country dancing at Middle Temple Hall, where he meets a group of young barristers trying their hand at a dance that might have been performed there by their 17th-century equivalents. Lucy reveals how the dance-mad French King Louis XIV set the fashions followed on this side of the channel as she learns a Baroque court dance designed to express her deepest emotions.

By the 18th century dancing had lost its dubious reputation and Lucy visits the York Assembly Rooms to find out how this new Georgian institution opened up the dance floor to more people than ever before. Business was now booming for dancing masters and Len studies a rare dance manual at the Bodleian Library in Oxford to discover what they taught their pupils.

The minuet was the 18th century's answer to Strictly Come Dancing as couples performed before a crowd of critical onlookers, and Len and Lucy learn this fiendishly difficult dance for a grand finale at their own Georgian ball at Syon Park. The pair dress to dance in full period costume as Lucy discovers that her 18th-century dress is ingeniously engineered to enforce the perfect posture demanded by the minuet and Len masters the art of dancing in heels and a wig.

Revolution on the Dance Floor

See all episodes from Dancing Cheek to Cheek: An Intimate History of Dance 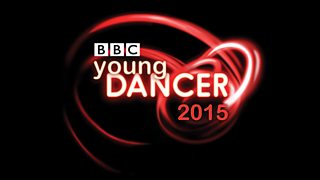